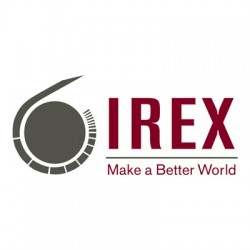 Project “Video Service”was implemented in cooperation with IREX, during the first half of 2012. The main goal of the project was inclusion of video news on the Juzne Vesti web site.

The project comprises education 15 young journalists in Multimedia School. The journalists were taught in agency reporting, photo-journalism and camera/video editing.

The most visible output of the project is video service on the JV web site, which strengthen news content. The video service is conducted in cooperation with Media Center, from Nis. The first video was made on February 16th 2012, and it has had 3500 views. Until the end of the project, the total number of uploaded videos was 405. The most viewed video was ‘’Fire in Bozidarceva Street’’ which has had more than 5000 views. The total number of views has reached almost 100.000.  Considering the fact that some of video contents were taken over by Blic online, B92.net, Vecernje Novosti and many others, the number of total views could reach more than a million.

As a direct result of the project, on the JV web site was established live TV show called “15 minutes”, based on 15-minute interview with politicians, journalists and CSO activists on actual local issues. The “15 minutes” is not limited exclusively to Nis, but covers a region of South Serbia.

The increased number of JV site visitors for 40% is indicative of the project’s success. With such public attention, the JV web site is inimitable in South Serbia, at the moment.