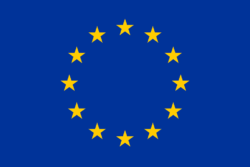 This project aims to empower and enfranchise journalists in the Western Balkan region to reveal, discuss and exchange experiences and solutions to facing and dealing with the pressure they witness within their newsrooms and in their day-to-day functioning with editors and publishers.

This project foresees collaboration between journalists from former ex-Yugoslavian republics. Specifically, it foresees the collaboration of three media outlets, one media-related NGO and one freelance journalist on a project dealing with the rights of journalists at the workplace.

The project is specifically focused on “lifting the veil” on internal operation of the news production process, which is rarely mentioned in discussions about freedom of speech, media rights and press freedoms, and by organizations which deal with media and press advocacy.

The target groups of this project are primarily journalists –  journalists who are not the subjects of our project but will be encouraged to continue trying to publish honest and well-researched stories about crucial topics, even when facing pressure within the editorial room. The project will also aim to encourage these journalists to cooperate and share experiences with journalists in their country and/or in their region who might face similar forms of pressure.

The goal of this project is to provide support to journalists who have suffered difficulties within their newsroom and who have lacked the ability to share their story, and to ensure that they get the support they need from their colleagues. This goal is then expanded into the following:

Considering that the main objective of journalists is selfless, honorable, and self-sacrificial reporting on topics that are of critical importance – as such, this project will attempt to reveal these challenges to the wider public, encourage in the region the debate amongst journalists whose respective experiences might differ, and create a setting where journalists from the region can share approaches and possible solutions to this problem.

This project will analyze the various pressure points that journalists must overcome since the moment they propose topics considered “controversial” by the editorial and managerial hierarchy within a media outlet, which often consider the promotional, financial and editorial viability of the article rather than its public interest.

The idea for the project arose as a part of the efforts of five journalists to increase the level of solidarity amongst their colleagues in the post-Yugoslavian space where they operate.

All five journalists are part of the informal “Journalist Network” (Novinarska mreza). The network was established on the self-initiative of a couple of journalists with the goal of sharing contacts and tips at the regional level.

The first meeting of this group was organized in Novi Sad in October 2016 with the support of the OSCE, there it was agreed that this informal association would continue to publish reactions and press releases. The capabilities of this group will be used to expand the support network for the needs of the project.