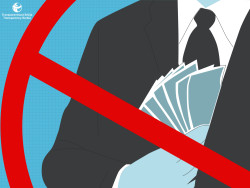 The European Union has supported the Advocacy and Legal Advice Centre’s (ALAC) project, which will be implemented by Transparency Serbia and  NIIT, a partner organization, in the following 2 years.

The main objective of the project is to enhance the governance quality by means of facilitating citizens’ initiatives and engaging them in the fight against corruption in administration. Such engagement will lead towards the accountable government and improvements in the system.

The project has several specific goals. The most important goal is the empowerment of victims and witnesses of corruption, Civil Society Organizations (CSO), citizens and small and medium enterprises affected by maladministration and the lack of transparency in public finances, thus, the project will strive to address the target groups’ grievances. On the level of the governance, the goal is to strengthen the ability and willingness of institutions to receive and act upon complaints and initiatives. The third specific goal is to bring about systemic improvements in the fight against corruption, transparency of public finances and delivery of public services. The project intends to raise awareness and skills, to incite citizens and CSOs to use the Right to Information and to submit initiatives to public institutions (PI).

The project targets victims and witnesses of corruption or maladministration in public institutions. In addition, the project intends to reach out to the citizens and CSOs dissatisfied with the service provided by public institutions and with low finances transparency. The citizens and CSOs are unaware of their rights to access the information or to be protected as whistleblowers, including in regards to the relief of 2014 flood damages. Moreover, the targeted groups are the citizens and small and medium enterprises seeking public procurements, as well as independent bodies and media.

To reach the defined goals and outreach the targeted groups, the project’s stakeholders have organized a Legal Advice Center, designed to receive reports on grievances and offer confidential legal advice and assistance. Moreover, the activists of the ALAC have advocated for structural reforms and analyzed the compliance of cities and municipalities’ budgets to standards. Furthermore, Transparency Serbia and NIIT have promoted the ALAC’s Right to Information and corruption report through media conferences, social media and leaflets.